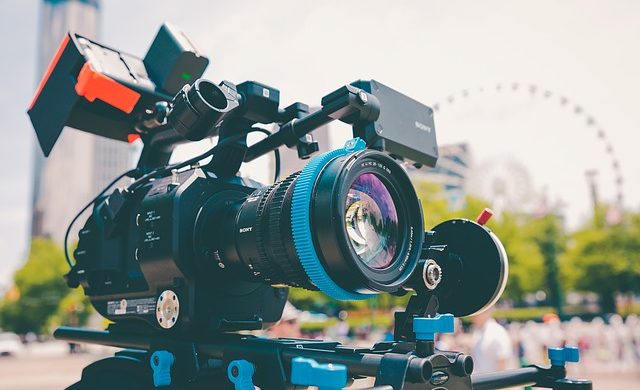 September 26, 2017 by Innovation for Africa - No Comments

Television and film have evolved and changed drastically over time. From the black and white film when people watched Charlie Chaplin with no sound. People relied on subtitles to understand what was going on and to get the dialogue taking place. It’s been years since the first films were made and we have since moved on to better picture quality and colour television, not forgetting surround sound. We have even reached a point where we talk about 8K Television which is scary to try and fathom right now.

We are now able to have access to 3D film. There are two types of 3D film. First is the rather controversial ‘3D up-converted film’, where a studio can take an original 2D film and ‘up-convert’ it for a cost of approximately $50,000 to $100,000 per minute. The studio may well cover this cost by adding an additional amount to the final ticket price. Second is the 3D that’s meticulously filmed using 3D camera rigs or built with animation software. That’s the sort of 3D you experience with Avatar or with a Pixar release, they play with positive and negative space and create an open living window rather than thrusting and wiggling things in your face.

Examples of 3D film include The Hobbit which was conceptualised in 3D, its costume and make up being designed around 3D and its brightness loss and custom rigs were built to capture it in 3D.
Usage of IMAX has also been widespread. IMAX is a motion picture film format that essentially allows audiences to watch films on bigger and better screens. Back in 1990 you couldn’t see a theatrical film on the IMAX screen, its film reels were too large for the time length needed. With technical improvements and the introduction of digital projectors all that changed and we’ve moved from educational documentaries to Batman and the IMAX format being more available worldwide than ever before.
We’re now at a potential tipping point where some feature films are up-converted and others are partly shot in the IMAX format. You might have enjoyed Avatar in IMAX, or The Avengers, or The Hunger Games.

Mounting a camera onto a micro helicopter or drone isn’t a new thing. There are a few different companies offering similar services now. None have offered up an example video as impressive as the OMCOPTER though, which flies a RED Epic camera. In one shot the camera can now swoop from 150 meters above the action right into the scene itself. Just think about the possibilities that it holds for new ways to shoot action.

OMSTUDIOS reported that ‘directing legends such as Ridley Scott, Peter Jackson and James Cameron are utilizing this state-of-the-art technology for their current feature films “Prometheus”, “The Hobbit” and “Avatar 2”, by placing dozens of orders.’ That means that we might have already seen it in action on the big screen already, just keep your eyes peeled for when a great martial arts director gets their hands on it.

For those who don’t know what a RED camera is, The RED ONE camera is a 4K digital cinema camera, initially aimed at Cinema style shooting, meaning that it is in many ways like a traditional film camera. It uses traditional film lenses and other film hardware including matte boxes and follow focus systems. But instead of shooting film it shoots digitally.

It shoots at a resolution several times higher than high definition, making it more suitable for theatrical release. Its larger sensor and ability to use film lenses gives the image a more traditional cinematic look than most HD as well. It records to hard drives or Compact Flash memory. Footage can be downloaded to a computer from the hard drive, via Firewire 800, Firewire 400 or USB. The Compact Flash memory can be used in any Compact Flash reader. The software required to convert the footage is freely available from www.red.com. It is a software driven camera. It takes over a minute to boot up, and has some very computer like tendencies, but it is also very flexible. The camera is evolving, and getting better all the time. All the updates are free, and new features are coming out monthly. It is a manual camera. There is no auto anything. No autofocus, no auto iris, no auto white balance. It is much like a traditional film camera in this way. It is capable of producing great images. The camera has some impressive specs, but it can’t overcome bad lighting, and user error. It’s a tool with great capabilities, and in the right hands, it can shoot great images.

Nowadays, with the ever increasing changes and innovations, the film industry is growing at such a rate that AR and VR are on the cards for implementation in movies and we may actually become participants. Plans of bringing Jigsaw into VR have been testament to the initiative and who knows what the future of films may have.

‘Tap’ Wearable Bluetooth Strap Turns Any Surface into a Keyboard