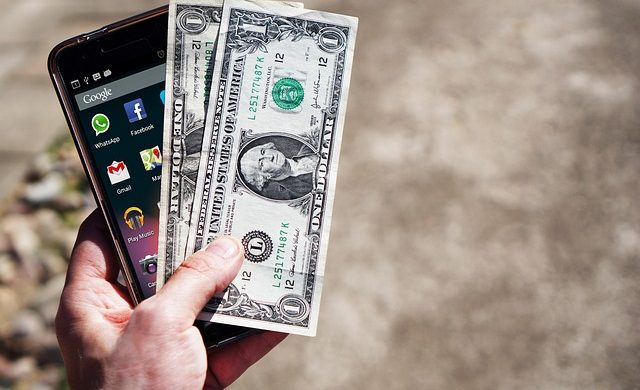 Launched in 2007 on the 6th of march in Kenya under Safaricom, a mobile operator, M-PESA is a mobile phone system which allows a user to send and receive money without the hassle of having a bank account.The name “M-PESA” means mobile money as the M stands for mobile whilst Pesa is Swahili for money.

It enables its users to deposit, send, and withdraw funds using their mobile phone. Signing up and registration is free andtransaction values are small, ranging from USD 5 to USD 30.The Vodafone Group, which initially developed the service, owns a 40% stake in Safaricom and the 6-month pilot phase of the project was partly funded by the UK Department for International Development.

As of June 2016, around 7 million M-Pesa accounts have been opened in Tanzania by Vodacom. According to the company’s website, it is currently operating in 10 countries namely Albania, the Democratic Republic of Congo, Egypt, Ghana, India, Kenya, Lesotho, Mozambique, Romania and Tanzania.

The company reportedly recorded almost 29 million active customers through a network with about 287,400 agents in 2016.The system is also said to be thiefproof as it “reduces significantly the potential risks of street robbery, burglary and petty corruption within cash-based economies where only a small proportion of the population benefit from access to conventional financial services.”

Instances where M-PESA has been useful include a situation in which an NGO in Tanzania, Comprehensive Community Based Rehabilitation in Tanzania (CCBRT), used the service to pay for patients to travel to a hospital to receive treatment.Customers of the Kenya Water Company use M-PESA to pay for water using credits which are transferred from their phone to their key fob.

M-PESA could really prove to be beneficial to African countries as it alleviates the need to travel to the bank and is simple to use even for the layman. Another advantage of the service is that the charges and rates are affordable to the working-class folk throughout Africa.Hopefully, the service spreads into other countries such as Zimbabwe where there is a cash crunch and heavily relies on mobile money and electronic transactions.

Other counterparts across Africa include easywallet by Etisalat. The Nigerian application for mobile money payments and transfers. It also partners with banks in Nigeria such as First Bank, GT Bank, Stanbic IBTC Bank and Zenith Bank.In 2012, it recorded it had 14 million subscribers. The application allows subscribers easy access to their preferred mobile money scheme for their money transfers and payments.

The platform offers subscribers access to multiple schemes and banks through an innate user interface. The interface is available in Nigeria native languages, Hausa, Igbo and Yoruba as well as English language and can be accessible on any type of mobile phone, even the most basic types.

The application allows users to pay bills and pay for goods and services, receive and send money, withdraw cash, top up their own airtime account or for someone else and also have access to their bank accounts.Many of users have never had access to formal financial services.

EcoCash is an innovative mobile payment solution that enables Econet customers to complete simple financial transactions such as sending money to loved ones, buying prepaid airtime for yourself or other Econet subscribers and paying for goods and services. The service allows transfer of money from Econet to Econet customers, pay for goods and services locally and internationally, such as school fees, council utility bills (water, rates), etc.

It also allows the withdrawal of money, buying prepaid airtime, text, data bundles or to pay a direct connect account for yourself and other Econet subscribers. Users can make secure online payments, receive money from diaspora, deposit money, save money, access loans, link your EcoCash to your bank account, manage your EcoCash account,as well as check current balance or Check your last five transactions.

This brings the question…what does the future of mobile money in Africa hold for us? Will it integrate into a fully-fledged banking system?Are such services going to spread throughout the rest of Africa? How beneficial could it be to invest in infrastructure around mobile money? Will mobile money be able to withstand the growing of subscriber growth? I stand to be answered…

Google hopes AI can predict heart disease, stroke through images of the retina

BioLite comes up with FirePot, a solution to your camping troubles