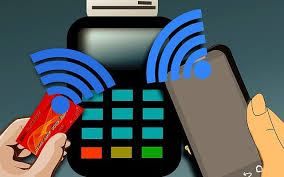 By approaching any selected agents across all Kigali bus stations, you can easily buy and top-up your Tap&Go card at a cost of only Rwf 500.

After buying your card, the same agent will be on hand to top-up your card, depending on how much you are willing to spend

With your topped-up card, feel free to enter any partner bus companies and tap your card on the validator at the bus entrance to go to your destination

Known for her beautiful Cocoa beans, Cameroon is the first African country on the continent to use Tap&Go in public transportation. Introduced in February 2017, the payment system has already gained over 7400 users in the cities of Yaoundé and Douala.

Rwanda evolves into the technology hub for the region and continent, Tap&Go is at the forefront in providing smart transport solutions for Africans. Ensuring convenience, security and accountability the payment system has already gained ground in Rwanda.

Rwanda is steadily growing as a global hub of meetings and business conferences. To provide more convenient transportation, Telematics will save you time, give you comfort and make sure you are in the right place at right time.

Rwanda is notable on the continent in terms of striving for a smart, technology-driven economy which is directly linked to the country’s Vision 2020, that aims to make Rwanda a knowledge/service-based middle-income economy by 2020.

In addition, there is also a big push towards consolidating all banks, mobile cash and other money operators through R-Switch which will ensure greater collaboration among operators in the country to push forward a cashless economy.

There are many factors that hindered the technology, but the user experience design was the main one: it was a solution that was solving a problem that was not there. The transport system is mainly private, and the government exercises limited supervisory influence. The system being unregulated allowed bus conductors get with most of their revenues to go un-taxed. In addition, bus conductors were risking a significant cut in their performance-based earning that happens either by number of rounds made or by doubling or even tripling prices during rush hours. The cashless/regulated system would have the prices fixed and transactions tracked hence all revenue taxed.

Rwanda on the other hand has done tremendous progress in regulating transportation in the city. In August 2013, the City of Kigali awarded a five-year contract to three companies (Kigali Business Services, Royal Express and Rwanda and Rwanda Federation of Transport Co-operatives — RFTC) which operate with a combined 578 “Coasters” and 310 minibuses in 31 destinations with an estimated 500,000 daily commuters.

AC Group, a pioneer in the sector exists to network city routes by providing efficient payment solutions for commuters in Kigali. AC Group’s flagship product Tap&Go boasts about 400,000 active users in Kigali and is the sole payment mode on 70% of the bus lines. This great adaptation is of course due to AC Group working hand in hand with the City authorities and bus operators and a proven great adaptation rate of Rwandans vis-a-vis technology.

When everyone in the ecosystem who interacts the technology wins, then you have a sweet spot that is needed to for a truly successful adaptation and growth. Tap&Go hits that middle ground for the user: the commuter saves time by using the secure system which will allow him/her to budget for commuting expenses monthly. By slashing commuting time in half, rush hours will be smoother as adaptation grows. The regulatory agencies like RURA, City of Kigali and Rwanda Revenue Authority will have accurate data on commuters which are crucial to making informed decisions. It also becomes easier for the bus owner and driver who can easily track the number of passengers which is estimated to at least 700 per day.

On the other hand, Tap&Go creates new jobs for agents who in majority are 25 and younger. There are 110 agents currently, expected to be 130 as the new routes like Kagugu, Kimironko and Kacyiru are added to the grid early this year. On average an agent can make over Rwf 300,000 ($365) per month.

“With everyone using a smart card, boarding the bus is much quicker, buses can be properly scheduled, and the regulator can monitor movement of buses, how much time they spend on the bus stops, and this will significantly enhance passengers’ experience,” Buchana, Founder and CEO of AC Group told The New Times.

The downside however, is that with a cashless transportation system, “bus conductor” is a job that will no longer exist in the city — leaving about 1,000 young men with a low education out of a job. This continuous challenge for the City of Kigali and Rwanda is to balance growth with job creation so that as jobs get lost to technology, new ones especially in the services industry are being created.