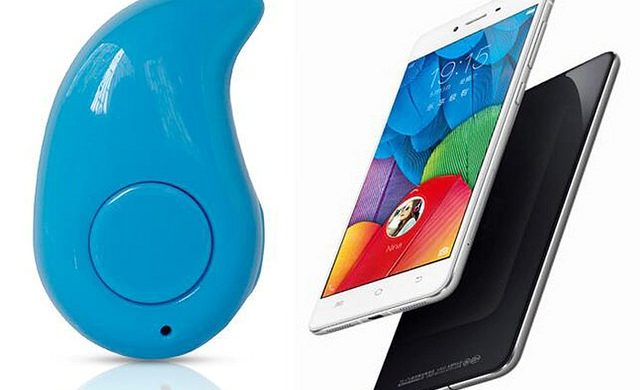 September 5, 2017 by Innovation for Africa - No Comments

Personally, I hate messy cables especially when it comes to earphones. For the most part my earphones usually break at the earphone tip just like my USB cables. I don’t know. Maybe it’s just me but I think my solution has to be wireless earbuds. Sadly, I doubt that they’ll ever be wireless USB connectivity. With less clutter and more convenience, wireless products such as wireless charging and wireless networking are proving popular in comparison to their wired alternatives.

There are three main types of wireless headphones, which can be split into two categories — those that require a separate transmitter, and those that don’t. Infra-red is little used now, but headphones that use it are still manufactured by companies such as Sennheiser. Radio frequency is more powerful. Wireless headphones that use radio frequency can work at ranges of up to 150 feet, and the signal can pass through walls, so is usable with a home stereo as well as a TV.

Interference is an issue. It increases with distance, and other wireless devices that use the same frequency range (typically 800-900MHz) can also cause it. RF also isn’t secure in the way that Bluetooth is. Bluetooth is your best option if you want headphones without a transmitter, and are your best bet for general use. These require Bluetooth technology to be incorporated into the source device; phones, laptops, games consoles and many modern TVs will all have this. Bluetooth has a range of about 32 feet (10 meters).

The biggest argument against using Bluetooth headphones used to be that they offered poor sound quality. This was because Bluetooth was not originally intended for streaming high-quality music. Early versions of Bluetooth compressed audio very heavily, producing a harsh, digital sound. With growing demand, greater focus was placed on making improvements in this area in subsequent versions.

This began with the introduction of the advanced audio distribution profile (A2DP) to enable streaming of high-quality stereo audio via the SBC codec. Further improvements have been made in Bluetooth 3.0 and 4.0, as well as through the introduction of the aptX codec. aptX promises CD-like performance, and is appearing in a growing number of products. The rise of the iPod, the music-playing mobile phone, and a number of streaming media platforms all point toward a single, simple idea: music is important. But how did we get here?

To benefit from it, you’ll need both your headphones and audio player to support it. Samsung, LG, Motorola and HTC are among the smartphone manufacturers that support aptX; Apple currently does not. It’s also important to remember that, while Bluetooth tends to get the blame for poor performance in Bluetooth headphones, there are a large range of other factors at play, including the quality of the headphones themselves and the audio device being used.

Another issue with Bluetooth headphones is latency. This is the short delay between an audio signal entering the headphones and when you can hear it. You won’t notice this lag if you’re listening to music, but if you’re watching a video the sound may be marginally out of sync.

Latency varies depending on the hardware and software setups you have. Bluetooth 4.0 is low latency, so will perform better than older versions, and it’s another area that is being addressed by aptX.

Wireless headphones require their own power supply. This will come in the form of either a built-in rechargeable battery, or standard disposable batteries. Battery tech has been growing more slowly than other technologies, and is now the long tent pole in a staggering number of industries. What will the future of battery technology be?For headphones that require a wireless transmitter, the transmitter will often double up as a charging dock.

For Bluetooth headphones, you should look for battery life of around 8-12 hours. This will give you all day playback. Some expensive pairs will fall well short of this, while others far exceed it. Sony’s DR-BTN200 promises 40 hours of listening.

Remember, though, that battery life is related to volume. The louder your music, the shorter the battery will last. Battery life quotes on manufacturers’ spec sheets tend to reflect optimum conditions rather than real-world use. A battery will normally take around three hours to charge, and uses a standard mini or micro USB cable.

Bluetooth headphones are straightforward to set up. You need to pair them with your audio device — your smartphone, tablet, or laptop. This is generally done via the built-in Bluetooth software on the device. You’ll need to enter a passcode during the setup phase. This is found in the manual for your headphones, though in almost all cases it will be 0000.

Some headphones also support NFC (like the Sony DRBTN200). This is another wireless technology that enables devices to communicate just by holding them in close proximity to one another. NFC is the technology that underpins many wireless payment systems.

When used in conjunction with an NFC-enabled device — including many Android smartphones but not the iPhone — you can pair the headphones with the device simply by tapping them against it. This may cut out the need for the passcode for the initial setup, and also speeds up the process of reconnecting.

Many wired headphones sport a wired remote on the cable. This is used to start, stop and skip music tracks, as well as to take and reject calls — they often have a small microphone built in. Wireless headphones don’t have this option. Instead almost all sets will build some basic controls, along with the microphone, into one of the earpieces.

The accessibility of these controls is something you should always test when buying, or choosing to keep, new headphones. It often seems that the button design and layout is determined more by aesthetics than practicality, resulting in controls that are difficult to find by touch alone, especially if you’re in the gym.

Wireless headphones come in the three standard styles: over-ear, on-ear and in-ear. The first two look and function much the same as their wired counterparts. The latter, in-ear, differ somewhat.

In order to fit the Bluetooth radio and battery, in-ear Bluetooth headphones (like the JayBirdBlueBuds X) either have physically larger earpieces, with the two parts connected by a cable, or are normal-sized but have a thick, rigid neckband to house the electronics. The next generation of in-ear Bluetooth headphones is tackling this, through new manufacturers such as Bragi and FreeWavz. The Dash, from Bragi, are earbuds that sit directly in the ear without any adjoining cable or neckband. They also include 4GB of storage for use without a smartphone. The FreeWavz use a slightly larger earclip design. Both also incorporate fitness features including a heart rate monitor.

Inevitably, their smaller size means that the battery life of in-ear models is shorter than the larger alternatives. Almost all manufacturers now offer a full range of Bluetooth headphones, at all quality and price points, alongside they’re traditional wired range.

Important to note is the fact that innovations around ear buds are increasing by the day and we need to come up with technologies which fight cables and cords by any means necessary. What other devices and technologies could be used to enhance the audio experience whilst delivering the best sonics and acoustics in a cordless environment and set up? It would be interesting to note how this would pan out as we already have very good wireless speakers available on the market such as the Apple Beats Pill and their earpods.

The first high-speed trains in Africa are flashing along the Atlantic coast of Morocco.