Innovation for Africa » Blogroll » Are human rights as effective as they should be in the African context? 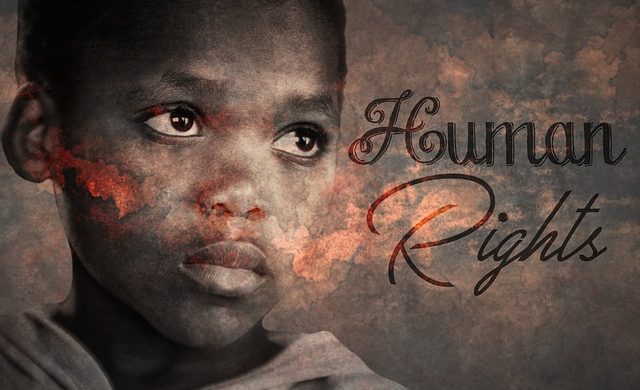 Are human rights as effective as they should be in the African context?

Most, if not all parents in Africa seem not to take heed of some of the rights children have and uphold.  Factors such as generational gaps, literacy levels and actual knowledge of human rights all play a crucial part in the upbringing of a child.

This month, we celebrate World Humanitarian Day on the 19th. Do we acknowledge what our rights as global citizens, fathers, mothers, sisters, cousins, uncles and so forth? In the first place, what does it mean to be humane. Very loosely, being humane is defined as having or exhibiting compassion towards others and being sympathetic to them. According to the Cambridge Dictionary, being humane is “showing kindness, care, and sympathy towards others, especially those who are suffering”. We live in a world where our standards as people have changed and been compromised by various devices which we have been exposed to as Africans and even in the individual sense.

Do we realise how much of our identity has been ripped off us as humans and Africans or as global citizens as a collective. In ancient times, we lived in harmony as a collective, sharing resources and wealth equally amongst everyone. We shared ideas and came up with solutions as a collective. This was a characteristic of all Bantu people. No one went hungry. No one starved to death. No one would fall sick whilst everyone watched. No one felt the urge and drive to steal because everyone was the same.

Nowadays, we have been stratified into levels. Everyone is a member and resident of the structural pyramid. Those at the top don’t see and reach out to those following behind them. It seems like our nature is premised on the fact that we cut the rope to the top once we get there. This encompasses human rights in that if we are humane, we instinctively respect and uphold the rights of others and address their plight.

The world right now is shaping people who are self-centred and only think of themselves. According to Psychology Today, a researcher, Sara Konrath, at the University of Michigan Institute for Social Research, released her results on a study analyzing and comparing empathy among college students over the last 30 years. The results? The “biggest drop in empathy” in recent history. She writes, “College kids today are about 40 percent lower in empathy than their counterparts of 20 or 30 years ago.”

In related survey research, psychologist Jean Twenge has labeled the current generation of young people the “iGeneration,” or “Generation Me”. In her books she describes how young people today “take it for granted that the self comes first,” and has labeled this time a “narcissism epidemic,” stating that we are “living in the age of entitlement.” Konrath and O’Brien link the self-absorption and lack of empathy together, calling the current generation “one of the most self-centered, narcissistic, competitive, confident and individualistic in recent history… It’s not surprising that this growing emphasis on the self is accompanied by a corresponding devaluing of others.”

There are some who argue that this description fits most teens and young adults and is appropriate to some degree for everyone in this developmental phase of life. However, both researchers compare similarly aged kids from other generations and the difference is striking.

This difference raises the question of why? Researchers Konrath and O’Brien hazard a few guesses, most related to the increase in exposure to and use of media. For example, many in this current generation have had repeated lifetime exposure to violent video games and films, and there is a growing body of research suggesting that violent video games (and perhaps films) are a cause of increased aggressive behavior, thoughts, and feelings, and a decrease in empathy and prosocial behavior across both gender and culture. Additionally, the researchers surmise that the ease of having (and ignoring or dumping) online “friends” may make it easy to tune out when they don’t feel like responding to the distress of others, and may carry over offline as well. They also add that the inflated expectations of success fueled by “reality shows” creates a social environment that encourages self-focus and works against slowing down and listening to someone who needs a bit of sympathy.

Obviously, any statements about an entire generation are not true of every person in that generation. Clearly there are young people today who are deeply empathic and caring. But the general trends and statistics are alarming, and it would behoove those of us in a position to influence today’s youth to pay attention and be proactive about it while we can. Paying attention to the forces that influence children and young people so that they can grow up to be empathic is not only better for them, but ultimately better for us all.

As we approach Humanitarian Day, we should be reminded of who we truly are. Emotional nurturing beings who should be considerate of others and in this light, we should also reach out and help with innovation and collaboration. We don’t have to outdo the other person to get to the top. One thing we have to realise is that success is not an event but a journey. We all have to start with that one step and a nudge from a friend or colleague could steer us in the right direction. We should be able to work together to alleviate each other’s plights. We should be as initiative as organisations such as the Red Cross and Amnesty International. We should reignite the sympathetic spirit which is deeply rooted within ourselves.