Innovation for Africa » Blogroll » NASA knows how to make it rain? 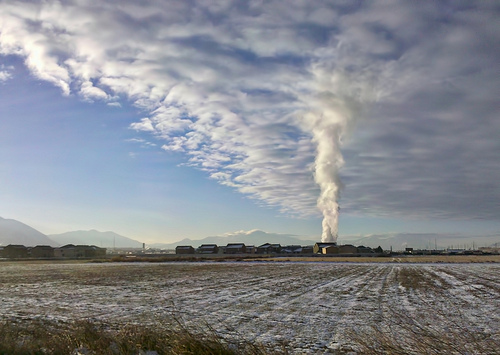 NASA knows how to make it rain?

There are many odd conspiracy theories propagated in social media that claim NASA, the federal government and others are manipulating the climate or controlling our minds using “chem-trails” or HAARP. If you google either of these, get ready for an interesting experience. The reason that this viral inaccuracy has resurfaced is because NASA tested its powerful RS-25 engine on February 21, 2017 at Stennis Space Centre in Mississippi. The RS-25 engine powered the Space Shuttle and a similar version will be used for NASA’s new Space Launch System Stennis Space Centre in Bay St. Louis, Mississippi has been a long-time test facility for such engines and is probably why these tests have generated “fake news” over the years. A NASA press release points out, “Operators powered one of NASA’s Space Launch System (SLS) engines up to 113 percent thrust level, the highest RS-25 power level yet achieved, during a test on Feb. 21 at Stennis Space Centre near Bay St. Louis, Miss. The test lasted 260 seconds with power levels at 113 percent for 50 seconds of the test. This was the third full-duration test conducted on the A-1 Test Stand at Stennis this year. NASA has been using the stand since January 2015 to test RS-25 engines for use on its new SLS rocket. Four RS-25 engines will help power SLS at launch, supplying a combined 2 million pounds of thrust and working in conjunction with a pair of solid rocket boosters to provide more than 8 million pounds of thrust.”

The exhaust from the RS-25 is primarily water vapor because the engine burns liquid hydrogen and liquid oxygen. You get H2O (also known as water). Therefore, the “clouds” that you see in the pictures or videos are a by-product of a very simple scientific process (see below). If the water vapor condenses, it may form drops large enough to fall as liquid or what appears as “rain.” By the way, it is well known in meteorology that particulates in exhausts from smokestacks and power plants can “seed” the generation of clouds. There are also efforts to try to introduce ice-forming materials into clouds to “seed” the formation of rainfall. To understand these processes, read my previous article here about rain. These methods have been proven to be inconclusive in some scientific studies, however, and the process is different from what you see in the videos that I am describing.

NASA did conduct an interesting experiment in 2017 in which it generated “clouds” (vapor trails) in the mid-Atlantic region of the United States. This was a controlled experiment to study the ionosphere and aurora. According to the NASA press release,

During the flight of a two-stage Terrier-Improved Malemute sounding rocket between 4:25 and 4:42 a.m. EDT, 10 canisters about the size of a soft drink can will be deployed in the air, 6 to 12 miles away from the 670-pound main payload. The canisters will deploy between 4 and 5.5 minutes after launch forming blue-green and red artificial clouds. These clouds, or vapor tracers, allow scientists on the ground to visually track particle motions in space. The development of the multi-canister ampoule ejection system will allow scientists to gather information over a much larger area than previously allowed when deploying the tracers just from the main payload. The vapor tracers are formed through the interaction of barium, strontium and cupric-oxide. NASA has been trying to create artificial clouds for weeks now, but the weather was never right. Each time it was ready to launch the rocket, there would be clouds or rain or high winds. It was getting to the point some of us were wondering if NASA would ever complete this mission at all.

Last night, our doubts vanished in a puff of blue-green smoke. NASA finally succeeded, and the results were spectacular. If you live within a few hundred miles of Delaware, you could probably could have seen them from your home, and plenty of people posted their photos on social media.

The artificial clouds were part of a NASA experiment designed to test high-altitude winds and cloud movement. By tracking how these artificial clouds move, NASA could get better understand weather patterns and collect data they would never be able to get from a weather balloon.

According to NASA, A NASA satellite has captured the first occurrence of mysterious shiny polar clouds that form 50 miles above Earth’s surface. The AIM (Aeronomy of Ice in the Mesosphere) spacecraft returned some of the first data on these noctilucent or “night shining” clouds on June 11, 2007. In this image of the Arctic regions of Europe and North America, white and light blue represent noctilucent cloud structures. Black indicates areas where no data is available.

The clouds form in an upper layer of the Earth’s atmosphere called the mesosphere during the Northern Hemisphere’s summer season which began in mid-May and extends through the end of August and are being seen by AIM’s instruments more frequently as the season progresses. They are also seen in the high latitudes during the summer months in the Southern Hemisphere.

Very little is known about how these clouds form over the poles, why they are being seen more frequently and at lower latitudes than ever before, or why they have been growing brighter. AIM will observe two complete cloud seasons over both poles, documenting an entire life cycle of the shiny clouds for the first time.

AIM is providing scientists with information about how many of these clouds there are around the world and how different they are including the sizes and shapes of the tiny particles that make them up. Scientists believe that the shining clouds form at high latitudes early in the season and then move to lower latitudes as time progresses. The AIM science team is studying this new data to understand why these clouds form and vary, and if they may be related to global change.

A NASA sounding rocket to be launched from the Poker Flat Research Range, Alaska, between February 13 and March 3, 2017, will form white artificial clouds during its brief, 10-minute flight.

The rocket is one of five being launched January through March, each carrying instruments to explore the aurora and its interactions with Earth’s upper atmosphere and ionosphere. Scientists at NASA’s Goddard Space Centre in Greenbelt, Maryland, explain that electric fields drive the ionosphere, which, in turn, are predicted to set up enhanced neutral winds within an aurora arc. This experiment seeks to understand the height-dependent processes that create localized neutral jets within the aurora.

For this mission, two 56-foot long Black Brant IX rockets will be launched nearly simultaneously. One rocket is expected to fly to an apogee of about 107 miles while the other is targeted for 201 miles apogee. Only the lower altitude rocket will form the white luminescent clouds during its flight.

The launches will occur between 7 pm and midnight AKST.  The launch decision is dependent on clear skies and auroral activity.

During the flight, a vapor tracer cloud of trimethyl aluminium or TMA will be deployed to allow scientists on the ground to be able to visually track the winds within the aurora.

Trimethyl aluminium reacts with oxygen when exposed to the atmosphere. The products of the reaction are aluminium oxide, carbon dioxide, and water vapor, which also occur naturally in the atmosphere. The amount of TMA used in the test is much less than that used in a typical July 4 fireworks display.  It will be released at altitudes of 60-100 miles high and poses absolutely no hazard to the community.

The rocket engines being tested in the video run on liquid oxygen and liquid hydrogen propellants. When these two materials combine and combust in an engine, they make large clouds of steam that exceed 6,000 degrees Fahrenheit. During a launch, bystanders can see these exhaust plumes trailing behind a rocket as it ascends into the sky. But when a rocket engine is tested on the ground at Stennis, the test stand makes the plumes shoot out horizontal to the ground.

The neat thing about the steam produced by these kinds of engine tests is that it can create rain nearby, which Clarkson experiences in the video. The steam rises after the test and cools in the air. It then turns back into water and rains down on any surrounding bystanders. That isn’t the point of the test stand, though — something the bogus video elides. Instead, that rain is just a (delightful) side effect of the engine test. And since the clouds are just water, the plumes aren’t polluting the atmosphere.

What do you think about this? Could there be more to what we are being told and what we see? Can meteorology prove anything here?

Drop us some comments and let’s talk.

Are human rights as effective as they should be in the African context?