Innovation in Fashion
Consumerism VS Innovation 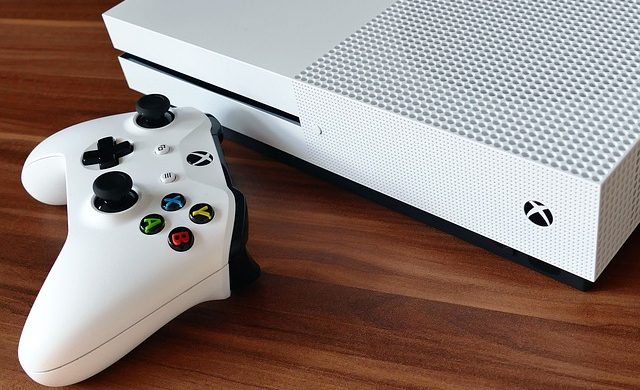 September 15, 2017 by Innovation for Africa - No Comments

I remember playing video games as a young kid. At friends, relatives or neighbours’ houses. The experience I remember most is playing FIFA ’98 on a PlayStation 1 at a friend’s house. The players had box shapes. The boots were almost triangle. They ran in 90-degree angles. They ran funny with no flexible movement and it was a nightmare to score. They have developed immensely to games such as GTA V which have lifelike characters and features. The question is what innovations have been used to refine the games we play these days.

Games have incorporated better resolution. They now mimic actual motion, have filtering effects and better clarity. Looking at current FIFA 18 trailers, you can immediately tell the difference. Players look more glossy and shiny. They have more realistic movement and they have a faster response rate than in the past. Also, improvements to stadiums, celebrations and fans have improved over the years.

FPS is the number of images generated each second. A 60 Hz monitor updates 60 times per second, and a game running at 60 FPS should feed it new frames at the same rate. The more work you make your graphics card do to render bigger, prettier frames, the lower your FPS will be. If the framerate is too low, frames will be repeated and it will become uncomfortable to view—an ugly, stuttering world. Competitive players seek out high framerates in an effort to reduce input lag, but at the expense of screen tearing.

In terms of innovation, there has been the advent of new technology to solve issues to deal with screen synchronisation especially for PC gamers. The problem all stems from one thing: displays have a fixed refresh rate. But if the display’s refresh rate could change with the framerate, we could eliminate screen tearing and eliminate the stuttering and input lag problems of Adaptive Vertical Synchronization (V-Sync) at the same time. Of course, you need a compatible video card and display for this to work, and there are two technologies now coming to market: NVIDIA has branded their technology G-sync, while AMD’s efforts are called Project FreeSync.

NVIDIA G-SYNC is a ground breaking display technology that delivers the smoothest and fastest gaming experience ever. G-SYNC’s revolutionary performance is achieved by synchronizing display refresh rates to the GPU in your GeForce GTX-powered PC, eliminating screen tearing and minimizing display stutter and input lag whereas AMD’s response, FreeSync, is the brand name for an adaptive synchronization technology for LCD displays that support a dynamic refresh rate aimed at reducing screen tearing. FreeSync was released in 2015. FreeSync is royalty-free, free to use, and has no performance penalty.

The only issue now is the fact that game requirements differ and you now have to make sure your PC has the relevant hardware and software to keep up. All the same, the development of games through anti-aliasing has grown over the years. If you draw a diagonal line with square pixels, their hard edges create a jagged ‘staircase’ effect. This is called aliasing. If resolutions were much higher, it wouldn’t be a problem, but until display technology advances, we have to compensate with anti-aliasing. The various types of anti-aliasing are Multisampling (MSAA) which achieves good results, but is much more efficient. This is typically the standard, baseline option in games; coverage sampling (CSAA) which is NVIDIA’s more efficient version of MSAA; custom-filter (CFAA): AMD’s more efficient version of MSAA among others.

According to NVIDIA, anisotropic filtering improves the clarity and crispness of textured objects in games. Textures are images containing various types of data such as colour, transparency, reflectivity that are mapped to an object and processed by the GPU in order to give it a realistic appearance on your screen. To simultaneously preserve performance and image quality, mipmaps are used; mipmaps are duplicates of a master texture that have been pre-rendered at lower resolutions which a graphics engine can call when a corresponding surface is a specific distance from the camera. With proper filtering, the use of multiple mipmap levels in a scene can have no discernible impact on its appearance while greatly optimizing performance.

All these aspects work together to making the gaming experience enhanced and it all happens in the background. Hopefully, we can all be able to tweak and adjust our machines to operate and play the games we want flawlessly.